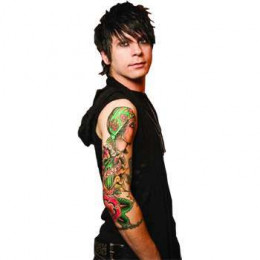 He is an American Musician, noted as a former band member of I Am Ghost and Falling in Reverse who went solo following his departure from the bands. He is also known for his first solo single titled "Runaway". In 2012, he was named Artist of the Year and runner-up Bassist of the Year by Alternative Press. He landed endorsements with Fender Basses, InTune Guitar Picks, and JH Audio.

When it comes to his personal life, he has always stayed low profile. Till now he hasn't shared any detailed information about his personal life as he is very reluctant in this matter. As he has got a dashing personality, he probably might have been through lots of dates, but as we don't have any exact information in this regard he is assumed of being single.