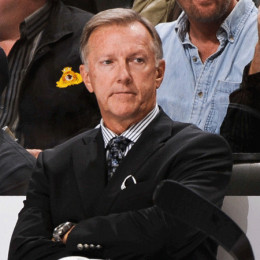 Ron Wilson is prolific former Ice Hockey player from Canada. He is national coach for US Ice Hockey Team. In his NHL career, he has coached various NHL sides like Toronto Maple Leafs, Washington Capitals and San Jose Sharks. He was born to professional Ice Hockey players family with his father Larry Wilson as well as Johnny Wilson both being former professional players. He holds dual citizenship of Canada and USA. He has contributed for United States's mens National Ice Hockey Team being head coach for 1998 and 2010 Winter Olympics.

Ron Wilson is married man and is living amazing Ice Hockey coaching career as well as fulfilling family life. There is no any information available on his children. There are not much rumors on his personal life though. He is more talked about his professional career and coaching duties. His integration of technology in the game is well talked about. He adopts new strategies with time helping him model game plans as per the necessity. He is well known for using computers for team strategies which appears to be new for games.

Ron Wilson is married to Maureen and are living happy life together. They are supportive towards each other and are soul mates in true sense.