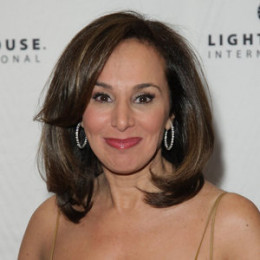 An American news anchor, Rosanna Scotto is currently married to a lawyer Louis J. Ruggiero since 1986. Her father Anthony Scotto is organized crime figure and former Harvard lecturer. She graduated from Brooklyn's Packer Collegiate Institute in 1976. Rosanna Scotto began her career in television at WTBS, Ted Turner's UHF television station in Atlanta, where she used to report for two local programs and an associate producer of the station's evening newscast.

Scotto appeared in the 1998 movie "The Object of My Affection" as a news anchor. She currently co-anchors WNYW's Good Day New York with Greg Kelly. Scotto married to a lawyer Louis Ruggiero in 1986. She has been the lead female news anchor since 1990. Rosanna Scotto is the mother of two children , a son, Louis "L.J." Ruggiero, and a daughter, Jenna Ruggiero.

Scotto married to a lawyer Louis Ruggiero in 1986. She is living her life very happily with her husband so no signs of separation.

Rosanna Scotto is the mother of two children , a son, Louis "L.J." Ruggiero. He has one sister.

Jenna Ruggiero has one brother . There is no more information about her on social sites.