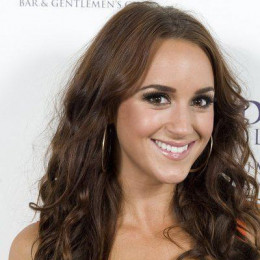 She is a professional British model, currently working for Page 3 and other numerous lad mags. She earned four A-levels from St. Paul's Catholic College. By the age of 17, she started modelling. With the record of 7, she set 2009 Guinness World Record for the most bras put on and taken off in 1 minute. In both 2010 and 2011, she was named No.1 Sexiest Babe by Nuts' website's visitors.

Talking about her personal life, till now she hasn't married anyone. She has stayed a bit of low profile when it comes to her family matters. Being so hot and glamorous she might have been through lots of dates and breakups but, she hasn't revealed any information related to it. She was once in serious relationship with a man with whom she has mothered a son.

He is the first child of Jones, who was born safe. His date of birth is unknown.