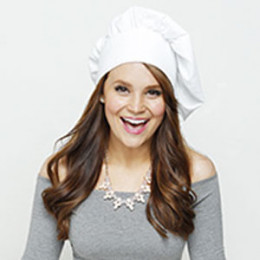 American baker, actress, Rosanna Pansino appeared in a role on episodes of 'Parks and Recreation and CSI: Crime Scene Investigation'. In 2015 she won The Taste Awards in a category of Kikkoman Breakout Foodies of the Year. Pansino also wrote The Nerdy Nummies Cookbook, released on 3rd November 2015 and this book featured on the New York Times bestseller list on 22nd November 2015.

Rosanna Pansino has been in a relationship with Josh Sussman, an actor. She also starred as Violet in the animated YouTube series entitled 'Broken Quest'. Rosanna is most famous for her cooking show entitled 'Nerdy Nummies', one of the most well-known baking shows on YouTube. Pansino has stated that her interest in cooking was inspired by her grandmother.Times bestseller list on 22nd November 2015.