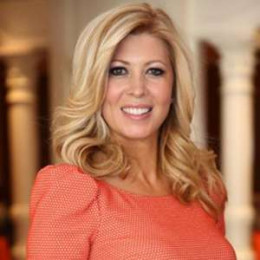 Roxanne Evans is an Emmy award-winning journalist working for News 12 New Jersey as an evening news anchor and environmental host/reporter. Roxanne has worked in major markets at top broadcast stations around the country. Her journalism experience has been on major news stories and events including high-profile trials, nationally known missing children cases, hard-fought political campaigns and live coverage of natural disasters.

Roxanne Evans investigated and reported on slum lords, corrupt business owners and unscrupulous con-artists looking for profit from the general public. She got great results from her investigations and won back money taken away from the elderly and single moms. She is unmarried but previously was rumored to be dating. Roxanne has not revealed anything about her personal life and relationships.

Roxanne Evans was born in the USA, she belongs to the white ethnicity and holds an American nationality. She is News 12 New Jersey's Evening News Anchor and Environmental Host/Reporter.

She investigated and reported on slum lords, corrupt business owners and unscrupulous con-artists looking for-profit from the general public. She also won back money scammed away from the elderly and single moms.

Even, Roxanne restored heat to an unemployed mother and her family in the middle of winter, and through her reports, she helped police locate and prosecute criminals.

Roxanne is very secretive regarding her private stuff and didn't like to disclose her personal information to media which might be the reason, she never talked about her relationship.

She might be possibly single but previously it was rumored that she was in a relationship whose name hasn't disclosed yet. She isn't married which means she has no husband and children.

Evans earns a good amount of money from her career. Even though there is no concrete figure about her net worth, it is certain that she has accumulated a net worth of millions.