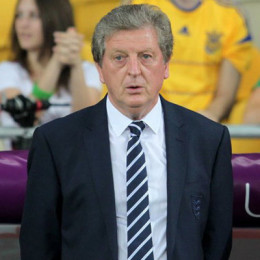 An English former football player Roy Hodgson who is also the manager of the England national football team, since May 2012. He has successfully managed 16 different teams of 8 different nations. His father used to work in a chemical factory and his mother used to work as a baker. He was also successful youth player of Crystal Palace and he had also played non-League football for several years before starting his career as coach.

Roy Hodgson's Personal Life: Who is his Wife?

Roy is happily married to his wife Sheila Hodgson since 1971. The couple has a son named Christopher.

He has an estimated net worth of about $26 million as stated by Celebrity net worth while it is about $18 million as per the Richest.

Roy Hodgson was born on 9 August 1947 in Croydon, England.

He has been accused of selling a wrong player when he was in charge of Liverpool.

Before marrying him she was his college girlfriend too. Her picture with the coach can be found in the internet.

Though he is not too famous his pictures can be found along the family picture in some sites.