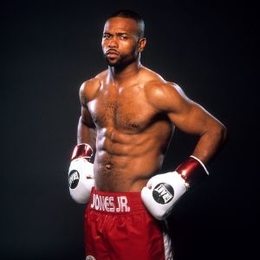 Roy Levesta Jones Jr is a multitalented personality, making him a prominent figure in the United States and the world. You would be quite surprised to know that he is a former professional boxer, boxing commentator, trainer, and even a rapper. His introduction would be incomplete without mentioning that he was a multiple-time world championship winner in four weight classes.

Roy Jones Jr.'s Whopping Net Worth from a Diverse Career

Once you have reached the level of Roy Jones Jr, who isn't just successful as his primary profession as a boxer, but also an actor and rapper, there is nothing but fame and fortune. Over the years, the 51-year-old earned a reputation of one of the best boxers of all time, pound for pound, who won several titles like the WBA, WBC, and IBF. Getting into his records, he went into the ring for a total of 75 fights, where he won 66 of them. 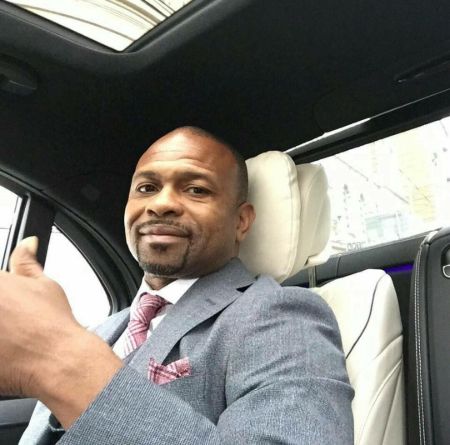 With the nickname of RJ and Captain Hook, Roy Jones Jr gathers a staggering net worth of $45 million as of 2020. Following his injury in 2017, courtesy of an unfortunate bicep injury, he announced his retirement. That didn't stop his earning source as he continued his boxing journey as a trainee and a coach later on. In July 2020, all the sports fanatics were faced with a piece of super good news, which said that Roy signed a contract to face the former heavyweight champion, the legendary Mike Tyson, in an eight-round exhibition fight. Although the fight was scheduled to take place on September 12, 2020, the date was postponed to November 28. 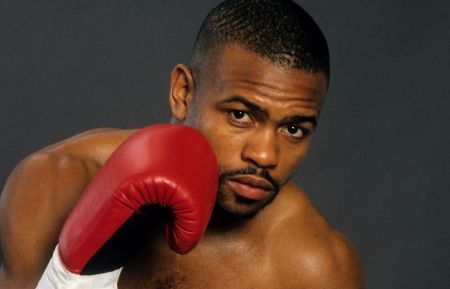 Roy Jones Jr. started his career as a rapper in 2001. SOURCE: Ringtv

Apart from boxing, Roy Jones Jr has been actively involved in the field of entertainment as well. Interestingly, he kickstarted his music career in 2011 as a rapper with an album titled, 'Round One: The Album.' Likewise, he even appeared in several Hollywood films such as 'The Devil's Advocate,' 'The Wayans Brothers', and 'Creed II' as himself.

Roy Jones Jr was fortunate to be able to replicate his career success in his personal life too. He is a married man to his long-time lover Natlyn Washington. In fact, the two lived in the same city, which caused them to cross paths with each other as teens. Back when she met the boxer for the first time, she was all set to go to Florida State University and become a lawyer for education. 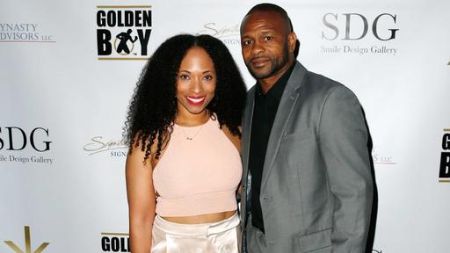 Although there isn't a precise date on when they first started dating, but as per sources, it has to be in the late 1990s. The lovebirds tied the knot in the early 2000s, which helped the athlete find a support system whenever he was down. His wife, Natlyn, actually gave up on her career as a lawyer to dedicate to start a family. Roy and his beau share three adorable sons named Roy III, DeShaun, and DeAndre.

Jones' beloved wife was thrilled to marry the love of her life in Roy Jones Jr. However, she did know what she was getting into by exchanging vows with such a reputed personality.

Former boxer and rapper Roy Jones Jr is happily married to his wife Natlyn Washington. They have three sons.

Roy III is the eldest son of veteran boxer Roy Jones Jr and his wife Natlyn Jones. He has two siblings.

DeShaun is the second child and the son of retired boxer Roy Jones Jr and his wife Natlyn.

Roy Jones Jr. and his wife Natlyn Jones share three kids. Out of them, DeAndre is the youngest and their third child.