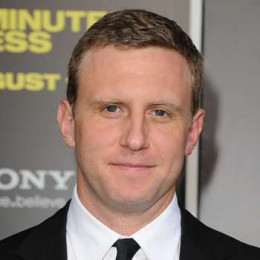 Ruben Fleischer is an American film director and a film producer. He also works as a prolific director for TV commercials working for brands like Cisco, ESPN, and Eurostar. He is a son of Karen lee and David Elliot Fleischer. He graduated in history from Wesleyan University. Fleischer worked as an HTML programmer before he started his film career. He is best known for his movie Zombiland, Gangster and Squad.

Rubem Fleicher is married to Holly Shakoor for 4 years now. There were no rumors about his extra marital affair. They seem to have a good bonding. Recently Fleicher has been on Sony's target to take over Ghostbusters 3, but he has been hesitant to take on such big movie because, he has just been blessed with a baby from his wife Holly Shakoor and mostly want to spend time with his family.

Ruben Fleischer is married to Holly Shakoor. There are no rumors about their divorce. They are recently blessed with a child.