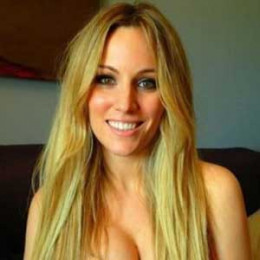 The internet personality, Rubia Garcia is one of the finest dancers of Louisiana. She is also a well-known dance teacher too. She started her own YouTube channel and uploaded many videos. She is also an active member of social networking sites with a good number of followers- 29.3k followers on Instagram. As per her photos posted, she seemed to be a single mother with two children, a girl, and a boy.

Rubia Garcia was born and raised up in New Orleans. From the young age of seven, she started learning Jazz and Classical music. During her teen, Garcia was in love with the music and the rhythm of Latin music.

After that in 2001, she began training with Aurelio Gonzales, a Cuban-born Salsero. Again she took training from Troy Anthony and Jorjet Alocer, the world class trainer and performer and made her dancing skill even better in 2004.

In 2006, she shifted to Democratic-republican to learn Spanish and other several Latin music and dances such as- Merengue, Cha Cha, and Bachata, one of her favorites.

After learning such music and dancing, she then returned to her hometown. Right after returning she had a desire to teach dance to the youths of New Orleans which she did teaching in the primary schools of black people.

Furthermore, she renovated many dance school which was destroyed by the natural disaster. After that, she established her own dance school company named, Soul II Soul and traveled the globe and began to perform in every visited place. She gave more than a decade of time in dancing.

Rubia is now one of the respectable and significant members of the dance community of New Orleans. Due to her talent and dedication, she is now re-known as 'La Rubia.' The passionate dancer, Rubia has made the Latin dancing alive.

Rubia Garcia has two children, a girl, and a boy. However, not much is know about her dating life and affairs. It seems like she does not want to open up to the media about her personal life. Even on her Instagram, she hasn't posted any photo which might have suggested about her relationship status.

Rubia might have a decent amount of net worth but due to her secretive nature, the concrete figure hasn't revealed yet. However, it is assumed in million of dollars.

Her dancing schools and her shows in different places including her videos are her sources of income. Her style is unique and is appreciated highly by her fans.

Rubia has a baby girl. The information about the baby's father is not revealed. She is the youngest child of Rubia.

Rubia Garcia has two children. Among them, the baby boy is the youngest one is of 3 years old. Recently, he had some problem with his leg as per the photos on Instagram.