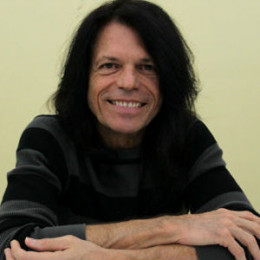 Rudy Sarzo is a well-known name to the people who follow the metal music. Rudy is of Cuban origin as he was born in Havana of Cuba. Later, he moved to Florida in 1961 and spent rest of his time there. He grew up with his brother Robert who was also a musician. Sarzo could perform with guitar, bass guitar, keyboards and vocals as well. He has performed with many renowned metal acts including Quiet Riot, Ozzy Osbourne, Manic Eden, Whitesnake and Devil City Angels. His first band was Quiet Riot which he joined in 1978.

Besides music, Rudy is also a computer digital animator. He has even worked as a technical director at Ocean Visual FX. He is married since 1984 but has no children.

Rudy first met Rebecca in 1981. They got married in 1984 after dating for 3 years. There is no record of their children.