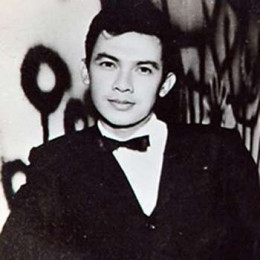 Ruj Rannapop was a Thai actor, producer and director. Ruj was also well- known for his singing and screenwriting abilities as he was interested in singing from his childhood. Ruj grew up as youth in Nakhon Si Thammarat Province, Thailand. Since his childhood, he used to spend his time writing stories and acting on them. As an actor, Ruj had acted on famous movies like "Ruen mayura", "Tone" and "Sugar Is Not Sweet". While as a director, he was renowned for directing movies like "Ban Sai Thong" and "Koo Kam" (Destiny).

Ruj Rannapop had married twice in his life. He was firstly married to Winee Sontikool from which she got three children. But the relationship could not last long as he married to Supaporn Charoenpura after divorcing Sontikool. They also had a child as the sign of their love. Ruj was supported and taken care by his second wife and their daughter. This already meant that he was not a gay. Ruj had served the Thai film industry for almost five decades. He was mostly proactive in directing movies.

Ruj Ronnapop had been married to Winee Sontikool as their first marriage. They had three children.

Ruj Ronapop married to Supaporn Charoenpura as his second marriage. They had only one daughter as a child.

Mai was the elder daughter. She is a Thai actress.

Venic was born as a second daughter.

Wipawee was the younger daughter.

Intira was the first child between Ruj and Supaporn. She is an actress.