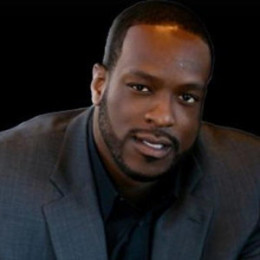 An American rapper, Russell Spencer is currently single. He was a relationship with Kandi Burruss. His mother was an African and father was an American. Russell Spencer completed his schooling from Atlanta, Georgia. Russell founded the organisation named "Block Entertainment". Block Entertainment is a record label which features Hip-Hop and R & B music. He is also working on a talent search documentary program. Russell Block Spencer is often credited with bringing rap stars such as Ciara, Jody Breeze, and Yung Joc to the limelight.

Russell Block Spencer has collaborated with Sean “Diddy” Combs, The Urban Wrestling Federation, and Warner Music Group. He already owned 1/3 of ShoNuff Records which discovered talents like Jody Breeze and Ciara. Russell Spencer launched his own record label which founded artists like Boys in Da Hood and Yung Joc. Russell Block Spencer was previously in a relationship with Kandi Burruss of the Real Housewives of Atlanta. Russell Spencer has a daughter named, Riley Burruss who was born in 2002.

Russell Spencer has a daughter named, Riley Burruss who was born in 2002.