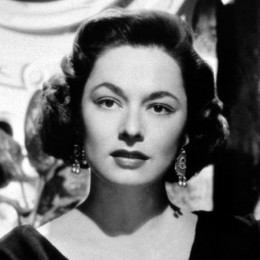 She was an actress, who is recognized for her starring as Kirk Douglas in the 1949 film Champion. One of her most appreciated roles was in the Alfred Hitchcock 1951 thriller Strangers on a Train. Her father was a barker in a carnival where as her mother was a dancer. As she had interest of being an actress from her early childhood, so she enrolled at Lee Dramatic School in Boston to pursue her career in acting.

Her personal life was full of ups and downs. Throughout her life, she was married thrice. Her first marriage lasted almost 5 years and the couple had raised a son from their marriage. She married her second husband in 1956 which was annulled in 1960. She was married to her third husband in 1976 until her death, they never filed for divorce. She died in her sleep due to natural cause, at the age of 76. She had no any child from her affairs or marriages except with her first husband.

Ruth Roman was born on December 22, 1922, in Lynn, Massachusetts, the U.S. to  Lithuanian-Jewish parents, Mary Pauline (née Gold) and Abraham Roman. Her father was a barker in a carnival and mother was a dancer. She is American and belongs to the White-American ethnicity.

Roman was raised along with her two sisters, Anna Roman and Eva Roman. She lost her father when she was 8 and after her father died her mother sold the carnival.

Roman attended the William Blackstone School and Girl's High School in Boston. She joined the prestigious Bishop Lee Dramatic School in Boston and enhanced her skills in the New England Repertory Company and the Elizabeth Peabody Players.

Ruth Roman moved to New York City to find success on Broadway but she worked as a cigarette girl, a hat check girl and a model to make a living and save money.

He was the second husband of Ruth. The two stayed as husband and wife for almost 4 years.

He is the third husband of Ruth. They never thought of getting divorce, it was Ruth's death which made them apart.

He is the only child of Ruth, whose current status is unknown.