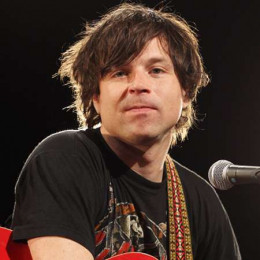 An American multi-talented singer-songwriter, producer, poet, musician and painter who is better known as former band member of alternative country band Whiskeytown. He describes his childhood as "dysfunctional.". He was just 5 years old when his father left the family and he became homeless and had to move with his grandparents. He released his first solo album, Heartbreaker in 2000 and the album was selected for Shortlist Music Prize. His hit single, "New York, New York" became UK certified-gold Gold. He released five albums with the rock band The Cardinals. He has already collaborated with popular singers like Weezer, Norah Jones, America, Minnie Driver, Counting Crows, Cowboy Junkies and Leona Naess.

He has been involved in controversy for numerous times. He was all over the headlines after he angrily left rude message on critic Jim DeRogatis' answering machine.Since he is so handsome and famous, no wonder he had dated many girls. He was even rumored to be dating actress Lindsay Lohan but none of them officially confirmed the rumor. In 2008 he married his girlfriend who was an actress as well as singer. The marriage relationship didn't last longer as they got divorced.

They had on and off kind of relationship. They were married in Savannah, Georgia. After six years of marriage couple got divorced in 2015. According to couple, they had amicable divorce.