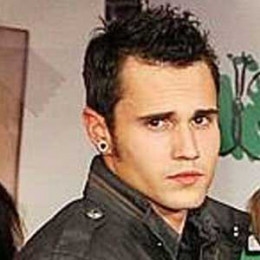 Former reality television personality, Ryan Edwards is well known as an actor who appeared on MTV's Teen Mom for seasons 1 up to season 4. He only gained national attention after he appeared on 16 and Pregnant in season 1, episode 1. Edwards also joined the revival of Teen Mom OG in 2015.

Ryan Edwards was born on 3rd January 1988 in Tennessee. He is a son of Lawrence Edwards and Jennifer Edwards. He enjoys racing ATVs and riding motorcycles.

Edwards worked on MTV's Teen Mom for seasons 1 up to season 4 and rejoined the reality TV world with the revival of Teen Mom OG in 2015.

Ryan Edwards dated Kiki Cooper, the reality star who went on to star on season three of MTV's Are You The One. The couple met via Twitter.

He was previously engaged to Maci Bookout, a reality star. The couple has a son named Bentley Cadence Edwards born in 2008.

The couple met in 'teen mom' show when his girlfriend was fifteen years old, and he was twenty years old. The couple ended their relationship in November 2009.

He recently married MacKenzie Standifer, a reality star on 15th May 2017 in Hamilton County, Tenn. His wife was previously married to Zachary Stephens and has a son named Hudson. Edwards and MacKenzie's wedding is seen in a sneak peek of the reality TV show Teen Mom OG.

The reality show, Teen Mom's cast made around $100,000 per season. As Ryan appeared in most of the season he must have roughly earned $500,000 making his worth in six-figures.

The couple has a son named Bentley Cadence Edwards born in 2008.