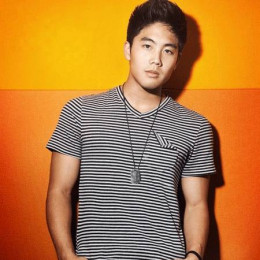 Ryan Higa is popular for his Youtube presence. He is a very famous Youtube personality and is also an actor by profession. He is present in Youtube with username Nigahiga. He has been active in Youtube since his high school days and they all started with lip-synching to songs. He became active from mid-2006 and his journey continues. There was a time when he was reported to have violated copyright policies and some videos were removed too. How To Be Gangster and How To Be Emo is a couple of them.

Ryan Higa is unmarried and not dating anyone at the moment. He previously, dated  Tarynn Nago and broke up shortly after.

Ryan Higa holds an estimated net worth of $2 million.

Ryan Higa was born on June 6, 1990, in Hawaii in the United States of America. He is the son of Wendell Higa and Luci Higa