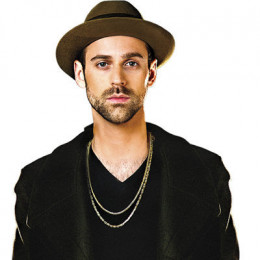 He is an American musician and DJ who has produced his own albums The VS. EP and The Heist. He is the son of Julie Lewis. He being associated with Macklemore has produced, recorded, and mixed all of the duo's music, as well as directed the music videos for "Same Love", "Thrift Shop", "And We Danced", "Otherside (Remix)", "Can't Hold Us" and many more. He studied at Ferris High School and Roosevelt High School. He graduated from the University of Washington majoring in Comparative History of Ideas. He became a professional photographer and videographer and started working for Macklemore in 2006.

In April 2014, he revealed that his mother has lived with HIV for 30 years. Luckily none of them were contracted with the virus. He launched a project with the theme of building health centers around the world to help others living with HIV, in the memory of his mother. He is a tall young handsome guy who has a lot of fan followers around the world and lots of girls are crazy about him. But there is no any information about his girlfriend or his marital status yet.