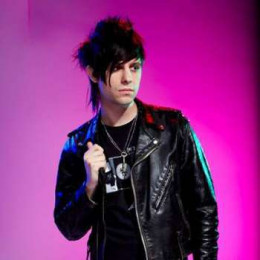 American Drummer who is known for being part of the band, 'Falling in Reverse'. Ryan Eric Seaman also played in the album 'The Drug In Me Is You' and on 2013's 'Fashionably Late'. His family belongs to military background. He was in a band called The Flare and they were discovered by Disney in 2001, which led to a movie called 'The Proof Point'. He was also drummer on albums for the bands 'Kiev' and 'I am ghost'. He stated his career in music from 2001 when he got his first touring opportunity to play on the 'Vans Wrapped Tour'.

Currently Ryan is dating a girl who is a fashion designer. She is the daughter of Roger and Tina Fowler. She is the first girl that came to the life of this adorable musician. There is not much about their relationship however they seem to be bonded by true love and we can hope they would get engaged soon. To know more about his personal life follows him @Ryanseaman on twitter.