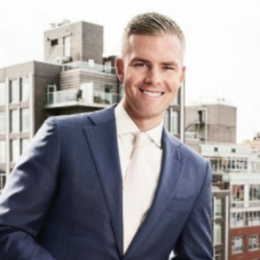 Ryan Serhant is a married man who blissfully walked down the aisle with his long-term partner, a lawyer Emilia Bechrakis on July 7, 2016. The lavish wedding ceremony of Ryan and Emilia took place on a tiny little island off the coast of Corfu, surrounded by friends and family. 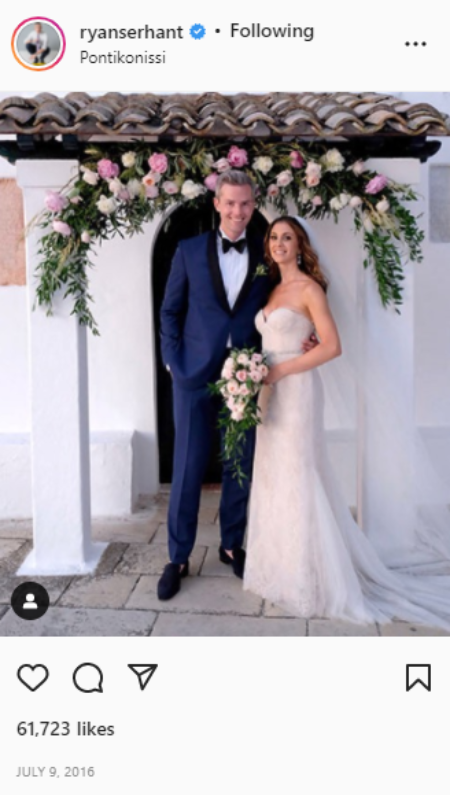 Ryan Serhant has been married to Emilia Bechrakis since 2016. SOURCE: Instagram

Ryan met Emilia in New York City and tied the knot in the romantic city of Pontikonisi in Greece. The lovebirds went for a honeymoon in New Zealand. Today, Ryan and Emilia have successfully crossed five years of marriage. None of the pair has been involved in extramarital affairs and divorce rumors. 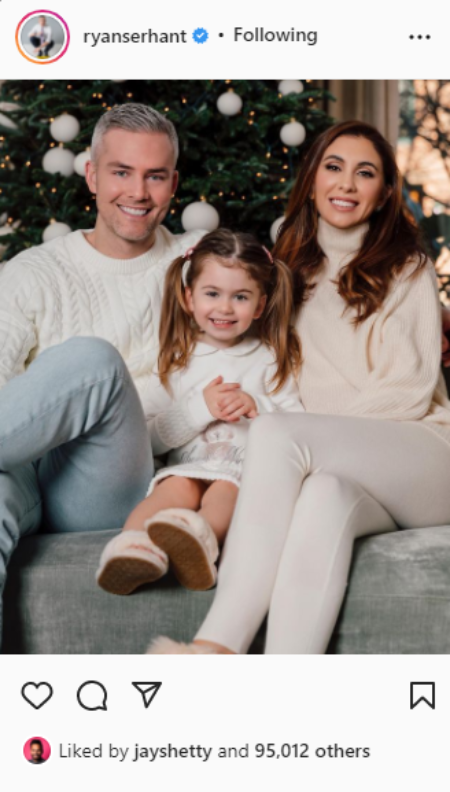 The millionaire entrepreneur lives in Tribeca with his spouse Emilia Bechrakis and their loving daughter. The American real estate broker has one child with his wife, Emilia. Ryan uploaded a picture of his newborn daughter on Instagram wall writing. Ryan's wife welcomed a baby girl on March 4, 2019.

How did Ryan Serhant become so wealthy?

Ryan Serhant has amassed a colossal net worth of $20 million as of 2022. He earned a massive fortune from decade long career as a real estate broker, author and television personality.

According to dollar poster Blogspot, Serhant makes more than $1 million per episode for his appearance in Million Dollar Listing New York for a gross of 77 million over two seasons.

Serhant started his career in 2007, appearing as Evan Walsh on the soap opera. A few years later, Ryan did modeling, posing for products like At &T phones and Nespresso pods.

Ryan is widely popular in Bravo's Emmy winning Million Dollar Listing New York. Also, he produced and starred in the new show "Sell it Like Serhant" in early 2018. Being a real estate expert, he is a regular contributor to 20.20 CNN, CNBC< Bloomberg TV and The Today Show.

Ryan currently serves as the founder of the Serhant Team. His team at Nest Sneakers International sold more than $630 million in real estate in 2015. Also, the team ranked number open at sales team in New York and #5 in the United States by Wall Street Journal.

Serhant shares a $7.8 million worth townhouse in the Brooklyn neighborhood of Boerum Hill. The renovation experience was displayed in a Bravo four-part mini-series Million Dollar Listing: Ryan's Renovation in June 2021.