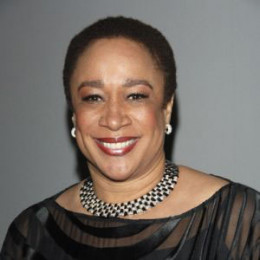 American film, stage, and television actress, S. Epatha Merkerson made her television debut as Reba the Mail Lady on 'Pee-wee's Playhouse'. She has won the 2nd Village Voice Obie Award in 2006 for her work in "Birdie Blue." Merkerson has played the same character (Sharon Goodwin) in three different series including Chicago Fire (2012), Chicago P.D. (2014) and Chicago Med (2015). She is also an atheist.

Merkerson was married to Toussaint Louverture Jones, Jr. in 1994 and divorced in 2006. In 2012, Merkerson became the host of 'Find Our Missing', a reality-reenactment series on 'TV One' which profiles missing people of color. She has won the Golden Globe, an Emmy Award as well as a Screen Actors Guild Award, an Obie Award, and four NAACP Image Awards.

S. Epatha Merkerson was married to Toussaint Louverture Jones, Jr., a social worker in 1994 and divorced in 2006.