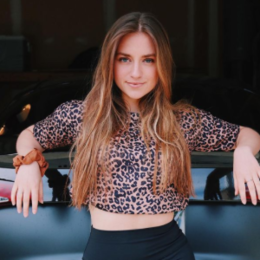 Sadie Aldis is a Canadian YouTube star who rose to fame for her litany of vlogs, lifestyle entries, beauty and fashion tutorials. Aldis won the hearts of millions at the very age of fourteen for starting a channel SadieSaysHey. Get to know her lifestyle, affairs, career, and more below.

Who Is Sadie Aldis's Boyfriend?

Sadie Aldis is in a romantic relationship with her boyfriend, Carson Maybury.  He is an ice hockey player by profession. The starlet introduced Carson as her boyfriend in a tag video on July 1, 2020, via YouTube. 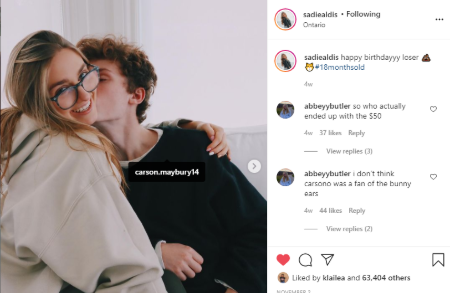 The blue-eyed decided to reveal after she's been asked a bunch of questions about relationship status. According to Aldis, they have been dating for nearly eleven months ( since 26 February 2020). He is available on Instagram "Carson.mayberry14".

Sadie and Carson did a CUTE couple of photos challenge on VSCO and Pinterest a few months ago. The blonde-haired often features the love of her life on her networking sites. Well, besides introducing her man, she shared the moments they have spent together till today. Assuming the similarities and bonding between the two seems like they are truly made for each other. 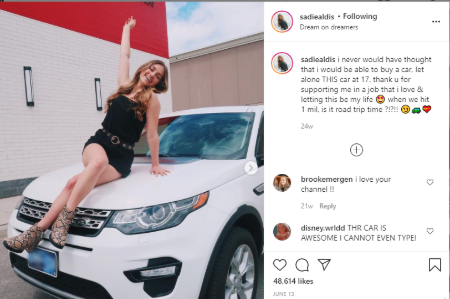 She began her YouTube channel as SadieSaysHey on 3 August 2016. She gained stardom for uploading a litany of vlogs including beauty and fashion tutorials, life hacks, lifestyle entries, and What's in My Bag Vlogs. Believe it or not, Sadie is often compared to a fellow YouTube star Dorothy Anderson.

She is a girl who loves organizing, the law of attraction, aesthetically pleasing things, wearing fancy outfits, Being productive. Above all, she also prefers working out and sharing daily activities on the internet.

How Do Sadie Aldis Spend Millions?

When it comes to lifestyle, Aldis has embraced an extravagant lifestyle at age 14.  She built all those fortunes from YouTube and Amazon. She bought a white Land Rover car at age 17. On November 28, 2020, Aldis gave a house tour where she flaunted her own new apartment in Toronto.

Not only that, the star revealed she would be moving to her four-bedroom house in one month. Sadie's apartment comprises a large well-furnished kitchen, bedrooms, spacious compound, seven-eight cars garage, and many others. 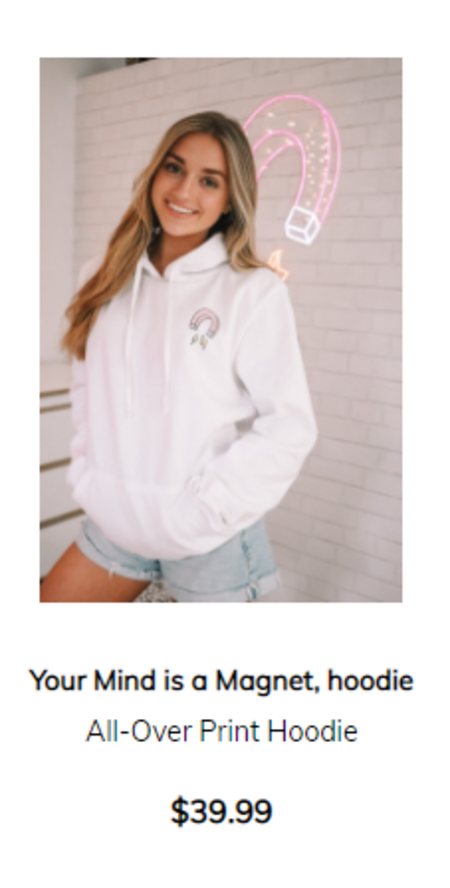 Sadie Aldis was born on July 29, 2002, in Ontario, Canada, to Canadian parents. She is currently 18 years old. The blonde beauty's birth sign is Leo, renowned for their stability, loyalty, and consistency. Aldis has two siblings, brother Chris and sister Victoria, who's an anime creator.

Aldis is a multitalented and outgoing person active in social networking sites such as Instagram, Snapchat, Pinterest, Spotify, VSCO, TikTok, and Amazon. Speaking of her education, Sadie graduated from high school on 12 June 2020 amidst the Covid-19 pandemic.