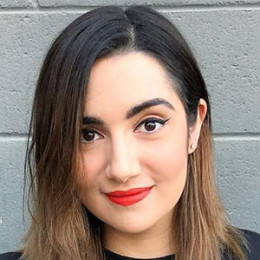 American comedian, writer, and YouTube star, Safiya Nygaard rose to fame after creating video content for BuzzFeed. She is also known as a beauty blogger and has millions of views and followers on her self-titled YouTube channel.

Safiya Nygaard is engaged to her long-time boyfriend, Tyler Williams since January 2019. She has been pinning wedding what wedding dresses she would be wearing on private Pinterest boards for years since when she met Tyler.

The starlet and her beau, Tyler shopped for her wedding gown at Loho. The duo first met while attending Stanford University. He often features in Safiya's YouTube videos. Williams is also a YouTuber and CEO of the Nextbeat. 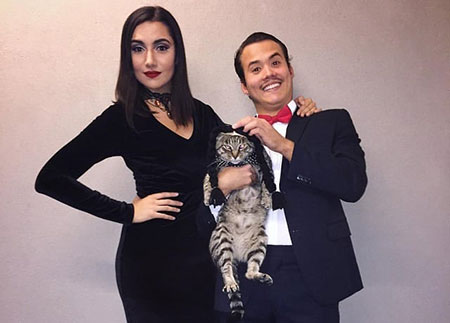 Nygaard is an avid Harry Potter Fan and loves pop culture. Once, she revealed, she has a fear of bodycon dresses because she never likes being exposed in public.

How Much Is Safiya Nygaard's Net Worth?

Nygaard is widely popular for her work under Buzzfeed as a video producer which she joined in 2015 and worked till 2017. She was the one who produced, created and starred in the company's Ladylike series through which women can try out vivid beauty rituals.

The internet sensation left Buzzfeed with Fredrick Ransome, cause of various high-level decision concerning the show.  Safiya pockets big bucks through lucrative sponsorship deals from stylish brands like Wix and many others.

Nygaard, 26-year-old also collects some good revenue from her online store, merch as well. She sells out Tee, Hoddie, Crewneck, Beanie, Hat, and Pin. Each of the products costs $10-$54.00.

In April 2015, Nygaard joined Buzzfeed as a content creator and featured in a number of videos. In October, she teamed up with Fredricka Ransome and co-created the new series, Ladylike which was a massive hit.

Nygaard has worked on a number of videos before her departure in January 2017. She left the BuzzFeed in order to focus on her own YouTube channel. Just so, she gets more independence about the content and structure of her videos.

In March 2017, Safiya posted a video titled, "Why I Left BuzzFeed" on her YouTube channel which crossed 13 million+ views (as of 2018). Check out below;

Nygaard also owns an online clothing store, "Fiends". As of 2018, she garnered 6.8 million+ subscribers along with 774 million views on her YouTube channel.

Safiya Nygaard was born on July 16, 1992, in Chicago, Illinois to Indian mother and a Danish father. Her birth sign is Cancer.

She attended Whitney M. Young Magnet High School. Then she graduated from Stanford University from where she earned a Bachelor's degree in Drama and English.

Amid studying at high school, Nygaard worked at Victory Gardens Theatre as a Library intern and a sales assistant at Abercrombie and Fitch.