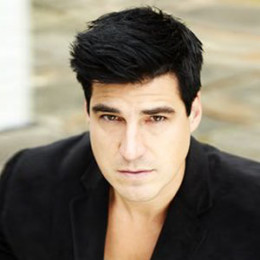 Canadian actor and producer, Sage Brocklebank is popular from the comedy-drama 'Psych' for his long-standing role as Buzz McNab. He also produces movies and writes for theaters. He is the Canadian screen actor famously played the role of Brian in "How I Married My High School Crush."He played Officer Buzz McNab on the TV series, "Psych," also appeared in a small role on "Smallville."

Sage Brocklebank was born on 14th January 1978, in Vancouver, British Columbia, Canada.He is a son of Brent Brocklebank and Judy Brocklebank. Sage Brocklebank holds Canadian nationality with white ethnicity. He has two sisters and one brother.

Brocklebank's careers began as a professional poker player. Since 2001, he has worked in over 40 film and television roles such as How I Married My High School Crush, A Bride for Christmas, Suspension, and Heavenly Match.

He has a long history in television for over ten years with appearances on Edgemont, Andromeda Smallville, The 4400, Stargate SG-1, Riese: Kingdom Falling, Sanctuary, Fringe and Arctic Air, and in numerous television movies and movies-of-the-week.

One of his hobbies was to create Vancouver Fringe Festival. While working on a production with friends, Allen Morrison and Patrick Sabongui, they learned of the CineCoup contest with the winning prize being a chance to fund a feature-length movie.

So they participate in their project, 'SCAM,' inspired by several real-life incidents of phone scamming, including Sage's run-in with an ex-phone scammer at a poker game.

In 2010, he began a volunteer mentorship program named 'Fulfilling Young Artists,' for young actors based in Vancouver.

He has also worked in 'Once Upon a Time' in a character of Gaston, Arrow, Smallville, Alien Trespass, Supernatural, and Level Up.

He has created, produced, and starred in many plays in Vancouver, including Felony (Winner Site Specific award Vancouver Fringe Festival 2012), In a Dark Dark House, The Shape of Things, TAPE, and much more.

Sage Brocklebank is possibly single and seems to be enjoying his singlehood. A successful man like him, he probably has a lot of beautiful ladies fan, but he has his eyes fully focused on his career. He has currently no intentions of getting married or having children.

Well, the net worth of Sage has not been revealed to the public yet. But it certainly must be huge as he has worked in many different movies, series and even worked as a producer. He is also a writer of plays for theaters.