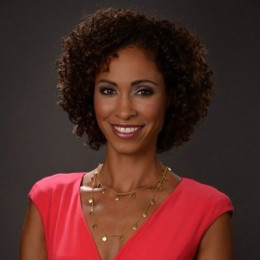 A television anchor, Sage Steele is best known for hosting the Friday and Sunday editions of NBA Countdown on channels ABC and ESPN. Besides that, she also works as a full-time co-host of SportsCenter.

The news anchor is a married woman. She married Jonathan Bailey in 1999 in an intimate ceremony. The couple shares three children.

Sage Steele holds an estimated net worth of $1.5 million.

Sage Steele was born on November 28, 1972, in Panama Canal Zone. Her parents were of African-American and Irish/Italian descent and of an Army family.

In 1995 she graduated from Indiana University. She was introduced as a reporter in WSBT-TV at the CBS affiliate in South Bend which is her first job during her career.

According to source before getting married they dated each other for a very long time. His picture along with family can be found in different sites.