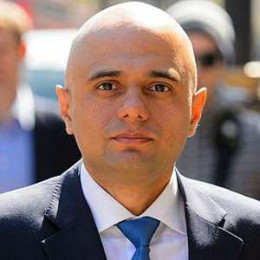 Sajid Javid, a British politician from Conservative Party, is currently married to Laura Javid since 1996. He was born to parents Abdul Ghani and Zubaid Javid. His father was a bus driver. Sajid completed his high school studies from Downend School and then went to Filton Technical College. He later studied economics and politics at the University of Exeter. He started his political career as secretary of State for culture, sport and media from April 2014 to May 2015

Sajid Javid attended his first Conservative Party Conference and campaigned against the Thatcher government’s decision in that year to join the European Exchange Rate Mechanism at the age of twenty. He was a member of the work and pensions selection committee from June to November 2010. Sajid was awarded by the politician of the year at the British Muslim in 2015. He is currently married to Laura Javid.

Sajid got married to his childhood friend, Laura Javid. They have four children. There is no information about their children.