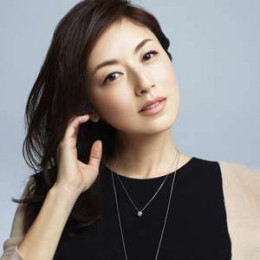 Saki Takaoka is an actress. Saki belongs to the well class family. Her uncle, Yosuke Yamashita is a Jazz Pianist. Saki's the first film was the cf girl which was released in the year 1989. Her one of the famous film 'The River with No Bridge' was released in the year 1992. This film was directed by Japanese director Yoichi Higashi. Saki won the award for best actress at the 19th Hochi Film Award for Crest of Betrayal.

Saki Takaoka was married to actor Naoki Hosaka on 24 November 1996 but the couple did not continue their marriage relationship and they divorced on 23 June 2004. The couple has been blessed with two children.

Saki Takaoka married actor Naoki Hosaka on 24 November 1996 but the couple did not continue their marriage relationship and they got divorce on 23 June 2004.