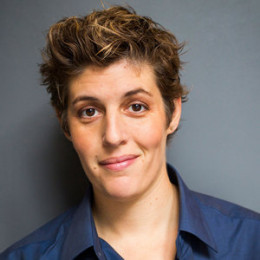 Sally Rebecca Kohn is an American lawyer, liberal political commentator, community organizer, and founder and chief executive officer of the Movement Vision Lab, a grassroots think tank. Her parents are Donald Kohn, an engineer, and Melinda Kohn, a computer programmer. She graduated from New York University School of Law with a juris doctor in 2002. She served as a Fox News Channel contributor until October 2013. She is currently a commentator on CNN and has supported Hillary Clinton in the 2016 presidential campaign.

Kohn met her partner, Sarah Hansen, at the World Social Forum in Porto Alegre, Brazil, in 2003. Soon after they started dating and tied the knot after very few years. They have a daughter and live in Brooklyn, New York. They are living a happy married life.

She married his longtime boyfriend and have a daughter together. They are living a happy married life and thus no sign of split up.

The couple is blessed with this beautiful daughter.