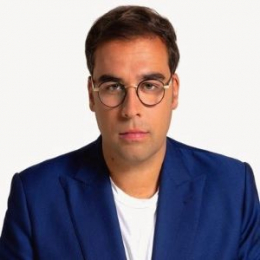 Salvatore Palella is one of the most celebrated names in the business world because of his many successful business ventures. He is currently Chief Executive Officer (CEO) of his founded company Helbiz. Palella is also the owner of the soccer team Associazione Sportiva Dilettantistica Città di Acireale 1946 from 2013.

Is Salvatore Palella in Relationship? Know more about his Love life, Children and Personal Life

The young entrepreneur Salvatore Palella is engaged to Sports Illustrated model Samantha Hoopes since July 2018. He popped the question in a room filled with 380 red roses at the hotel Bulgari Hote Milano with the ring he personally designed.

381 days ago I met you, and today sourrounded by 381 roses the same place where we initially met I got down on one knee with a ring I personally designed for you, you said YES to share the rest of your life with me. I Love You @samanthahoopes #Mine

Palella and his fiancee first met in the village of Portofino in Italy on June 2017 and soon started dating. They went back to that place to celebrate the anniversary of their first meeting. After reaching there, Salvatore surprised Samantha by going down on the knee and asking her to be his wife. To which she answered Yes and is now a happily engaged for nearly a year.

Salvatore is expecting a first child with his partner Samantha in August 2019. The pair announced the pregnancy to the public through Instagram on April 2019. Moreover, the parents to be recently hosted a baby shower party for the upcoming child.

The duo is yet to reveal the gender of their unborn child and looks like the gender will be known to the public only after birth.

What is Salvatore Palella's  Net-worth? Know more about his Income and Salary

Salvatore Palella's net worth is $50 million-$65 million which he amassed through his entrepreneurship and sharp business skills. At present, he is Chief Executive Officer (CEO) of his company Helbiz, Inc. The average salary of a CEO in a private company is $159,000 - $310,000.

In addition to that, Palella is also the owner of an Italian football team named Associazione Sportiva Dilettantistica Città di Acireale 1946. He bought the team in 2013, and in the process became the youngest person to be the owner of the professional football team.

Furthermore, Salvatore started his entrepreneurship career at a young age and founded a company named Witamine, an orange juice vending machine company at the age of 18. He sold the company at age 24 for over $50 million.

Also, Palella fiancee is a well-known model with a net worth of $5 million. Furthermore, the couple owns a dog named Mila, which is of Chinese Crested breed and costs $1,000 -$4,000.

Salvatore Paella was born on September 29, 1987, in Sicily, Italy. He currently resides in New York, U.S. and identifies himself as Italian-American. His immediate family consists of his father, mother and a younger sister named Giusj Palella. 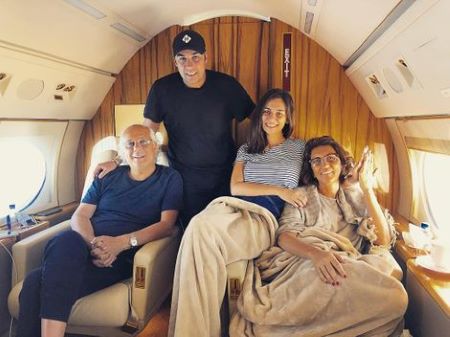 Salvatore Palella with his parents and sister.

Salvatore Palella attended Università Cattolica del Sacro Cuore but dropped out of it to focus more on his business. He started his first company at the age of 18 and since then is going strong on the business world.