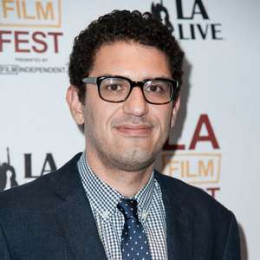 Sam Esmail is a director as well as producer and writer. He is best known as the creator of the television series "Mr. Robot" . He is of Egyptian descent. Sam completed his master degree in Fine Arts from the AFI Conservatory. In 2008, he wrote his first feature screenplay, "Sequels, Remakes & Adaptations," which landed on the Black List, a survey taken by more than 600 production companies and film financier executives about their most liked screenplays.

Sam Esmail and Emmy Rossum have been engaged for one year. They started dating in October 2013 and after one-year, the couple engaged in August in 20115. He is living his life very happily and comfortably with his fiance so there are no signs of separation. He directed her in his directorial debut "Come".Very few details are made open regarding his personal life except the information regarding his acting career.