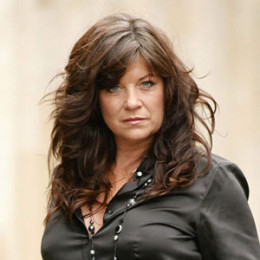 Sam Mason was born in 1968 in Britain. There is no information on her parents, childhood, hometown, and educational background.

Mason began her broadcasting career in the late 1980s as a continuity announcer for HTV West. She progressed onto presenting HTV News bulletins. Mason later joined BBC Radio Bristol as a freelance presenter for two years, then went on to present a Sunday morning show and latterly, from 29 September 2008 until her dismissal in November 2008, the station's weekday afternoon show.

On 8 November 2008, after coming off air from a weekday afternoon show, Mason was suspended by BBC Radio Bristol following an incident in which she made allegedly racist remarks made in an off-air phone conversation during a weekday afternoon show. Mason was previously convicted in 2003 and 2004 of speeding and public order offenses, whilst battling alcohol addiction.

Sam was the ex-wife of the millionaire businessman, Andrew Bush, from Bristol, who was murdered at his home near Marbella on the Costa del Sol by a former girlfriend, Mayka Marica Kukucova, in April 2014. They have a daughter Ellie Mason-Bush.

Speaking of the death of her former husband, Sam took to Twitter where she said:

"Twenty years for the murderous cow. Hope she rots. At no stage has she apologized to my girl. Blaming Andy, low life scum."

Mason's current relationship status is unknown on social sites. She has stayed under the radar, so it's difficult to gauge if she remarried, is in a relationship, or remained single all this time. Until she is visible to the media again, it will be difficult to know her dating endeavors.

Sam Mason's net worth is not revealed to public knowledge. Her source of income includes her salary and earnings from her career as a radio and TV presenter. Meanwhile, her former husband Andrew Bush was a millionaire.

She was the ex-wife of the millionaire businessman, Andrew Bush, from Bristol, who was murdered at his home near Marbella on the Costa del Sol by a former girlfriend in April 2014.

They have a daughter Ellie Mason-Bush. She is the first child of her.