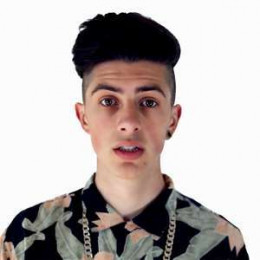 Sam Pepper is famous as a prankster, comedian, video blogger, and YouTube personality. He was born to Greek parents. He attended school at Pent Valley Technology College. Pepper appeared on the eleventh season of British reality television series 'Big Brother' in 2010, in which he was evicted on Day 73 with 14.6 percent of the public vote. In the year of 2010, he created his YouTube channel and began uploading comedy and prank videos.

Sam Pepper earned over two million subscribers and fifty-two million video views as of June 2016. In 2014, Pepper faced many controversies due to his prank video called ''Fake Hand Ass Pinch Prank''. Some feminist claiming sexual harassment and subsequently #ReportSamPepper trended on Twitter. In 2015, Pepper ran into another controversy for his video entitled 'Killing Best Friend Prank,'  for which the Metro compared his video with ISIS style of execution and was told to remove the video after 100,000 online petitions were signed. On 24 February 2016, he posted a 20-minutes video of him apologizing to the audiences.