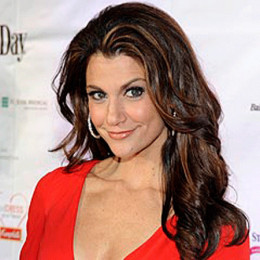 An American television hostess who is better known as the co-host of the popular competition show Dancing with the Stars alongside Tom Bergeron. She is daughter to Richard Shapiro and Bonnie Shapiro. She holds a degree of Bachelor of Science in Journalism from Northwestern University. She started her career as a correspondent of E! Entertainment Television's E! News. In 2008 she left E! News and worked as substitute host and correspondent of The Insider. She has also modeled for popular magazines like Muscle & Fitness: HERS, FHM, SELF and SHAPE magazines. She loves charity work and she volunteers for charity events like Feeding America, What A Pair and Revlon Run/Walk.

How Much is Samantha Harris' Net Worth?

Samantha Harris's estimated net worth is $6 million. Her main source of earning is her hosting career. As per some online sources, she made more than $100k per episode.

Samantha Harris married Michael Hess in 2005 in an intimate ceremony in the presence of their closed ones. Together they seem to be very happy with each other. According to her he has always been very supportive to her throughout her career.

The couple is blessed with two beautiful daughters. They welcomed their first child, a daughter, Josselyn Hess in 2007 and missed the premiere of Dancing with the Stars 5.

Harris made her comeback in DWS in 2007. In 2011, she was blessed with a secon daughter, Hillary Hess.

She was all over headlines after she revealed the news that she was diagnosed with breast cancer. After she underwent double mastectomy she recovered from cancer. Talking about her personal life she is happily married with her longtime sweetheart.

He is a very handsome guy. Couple's pictures while they were having family time can be found in different sites. Together they are parents of two daughters.

She is very cute and adorable child. She is very healthy and happy child.