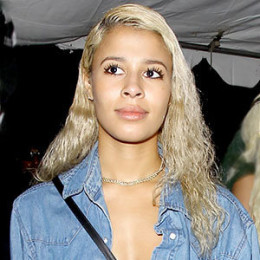 American stylist, entrepreneur, and model, Sami Miro is a bit of a fitness fanatic who has won six California state champion gold medals in gymnastics. Her father worked in business analytics and her mother works in periodontics. Sami gained her BA in marketing from Santa Clara University and earned a Master’s in global entrepreneurship from the University of San Francisco. She is currently signed to DT Model Management since November 2015.

Sami Miro previously dated Zac Efron, an actor as well as The High School Musical star. The couple dated from 2014 and broke up in 2016. Her ex-boyfriend Efron deleted photos of her from his Instagram account and also unfollowed her on both Instagram and Twitter, although Sami has not removed any pictures of him. Miro is also reportedly a 2000 Junior Olympic state champion.