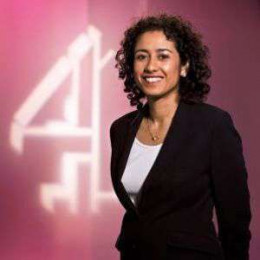 Samira Ahmed is a British journalist, broadcaster, and writer for BBC. She is the presenter of Radio 4's PM, Sunday and The World Tonight. In 2011, she presented two Proms for BBC Four and was one of the presenters of Night Waves on BBC Radio 3. As a freelance writer, her works has appeared in The Independent, The Guardian, and on The Spectator magazine's Arts Blog. She reported and presented for Channel 4 News from 2000-2011. She was the presenter of BBC One's, topical discussion programme called "Sunday Morning Live", from 2012-2013.

Samira Ahmed's mother, Lalita, was also a freelance broadcaster of  BBC World Service for the Hindi service. She is a married woman but her husband is never revealed. Ahmed, who has faced some controversies regarding how she dressed up on television, has two children.