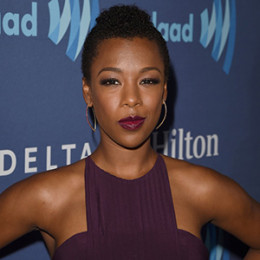 Samira Wiley is an American model and actress known for playing in the Netflix series Orange Is the New Black as Poussey Washington. She was born to father Dennis W.Wiley and mother Christine Wiley who are the co-pastors of Covenant Baptist United Church of Christ. Samira started her career in theater performance through the first main acting role in the comedy film The Sitter.

Samira Wiley was rumored to be playing Invisible Woman in the reboot of the Fantastic Four. She has been in the relationship with Orange Is New Black writer Lauren Morelli. Lauren was already married to Steve Basilone before the series began shooting who recently ended a six year marriage with her husband. Samira and Lauren are lesbian couple.