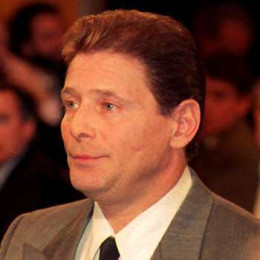 Salvatore Gravano better known by his pet name "Sammy the Bull", is a former underboss of the Gambino crime family. He played a key role in planning and executing Gambino boss Paul Castellano's murder and is the man who helped bring down John Gotti, the family's boss by agreeing to become an FBI informant. He is the youngest son of Giorlando "Gerry" and Caterina "Kay" Gravano.

His personal life is full of ups and downs. He once was a married man but later he figured out that his marital relation isn't working that well so he gave divorce to his wife. With his wife he has raised a beautiful daughter who now works as a television personality. Also he has a son whose biological mother's details has not been disclosed to the media yet.

She is the ex-wife of Gravano, whose personal details has not been disclosed to the media yet.

She is the eldest child and only daughter born to Sammy, who is a TV personality.

He is the only son born to Sammy, whose detailed information has been kept out of media's radar.