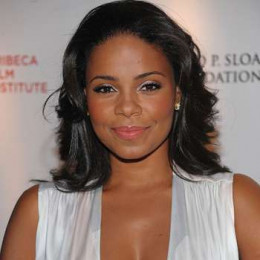 Sanaa McCoy Lathan is an American actress and voice actress, best known for her performance in A Raisin in the Sun for which she was nominated for a Tony Award. Some of her notable film credit includes the box-office hit The Best Man and its 2013 sequel, Alien vs. Predator, Love & Basketball, Brown Sugar and The Family That Preys. She is the daughter of Stan Lathan and Eleanor McCoy.

Talking about her persona life, she is yet unmarried and is single at the moment. As she is so gorgeous, she has dated a long list of handsome fellow till now with some of whom she had created a buzz in the American media as well. She was rumored of dating Colin Kaepernick and Denzel Washington. As she has dated a lady, so she definitely is not straight in terms of her sexuality.