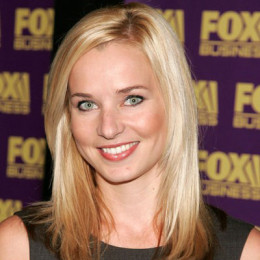 Sandra Kaye Smith is a reporter for the Fox Business Network and a co-host of Outnumbered on the Fox News Channel. She began her career with Aegis Capital Group as a research associate. From Wheaton Warrenville South High School, she completed her high school education in the year 1988. She had taken some business classes and had minored in speech from Louisiana State University. She happily married and mother of two children.

Sandra Smith is from Wheaton, Illinois, a western suburb of Chicago. She was born on September 22, 1980. Her father served as a floor trader at Chicago’s Mercantile Exchange. She is the youngest of six children to her parents.

Smith is a graduate of Wheaton Warrenville South High School of class 1998.During her senior year in high school, she was the cross country team captain and was state qualifier for Illinois High School Association.

She is the second FBN anchor who played Division I college sports on an NCAA national championship team in 2003, the first being Jenna Lee who played softball. From LSU, Smith graduated taking up some business classes and minored in speech.

Smith firstly worked as a research associate at Aegis Capital Group, and she joined Hermitage Capital Management as a trader.

Her job was to execute U.S equities and options order, conduct portfolio analysis and prepare commission reports. Her third job was as a Director of Institutional Sales and Trading at Terra Nova Institutional in Chicago.

Sandra appeared on TV as a reporter after joining Bloomberg Television. While she was there, she covered U.S equities and derivatives markets.

In October 2007, she entered Fox Business Network as a reporter. She did many FBN shows and in October 2009 became a regular on Don Imus’ show, Imus in the Morning.

She often appeared as a guest on Fox Business Happy Hour and was also a guest on the late-night satire program Red Eye w/ Greg Gutfeld. Besides that, Sandra also appears on Hannity every Wednesday.

From 2014, she became a co-host of the show Outnumbered on the Fox News Channel which featured Fox News female commentator and one rotating male guest discussing current news and cultural topics.

As an anchor of various shows for Fox News, Sandra Smith collects a salary of $200 thousand annually. Her current estimated net worth is around $2 million dollars.

Smith has a German Shorthaired Pointer dog which costs $1200 for the market. She is quite brand conscious too and prefers wearing branded clothes and accessories.

The 38-year-old Sandra is a married woman. She first met her husband, John Connolly, a business commentator in New York while attending Business News meeting. After that, the pair started dating and finally tied the knot in 2010.

They had to face difficulties in their love life as Sandra worked in New York and John worked in Chicago. Due to the long-distance relationship, Sandra usually went to Chicago to meet John.

Well, there were even rumors about the couple getting a divorce, but it turned out to be false. The duo is proud parents of two children, a daughter, Cora Bella Connolly and a son, John Connolly Jr. In addition to her kids, she also has a German Shorthaired Pointer named Whiskey.

Sandra is also a big fan of hunting. She usually goes out on a hunting trip with her husband.

Sandra Smith shared her journey from LSU to Fox Business Reporter, check out the video,

Sandra married John Connolly in 2010. The husband and wife are living a happily married life and are parents to two beautiful kids.

Cora Belle is the first child of Smith and John.

John Junior was born on January 12, 2015. He is the second child of Sandra and John.