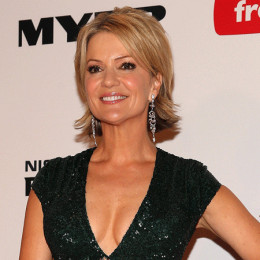 An Australian journalist, news presenter and also an actress. Since 2011 she has been new reporter for Sydney's Ten Eyewitness News. She was also former news reporter at Network Ten's Ten Late News with Sports Tonight. She graduated from Brisbane State High School. She is the only Australian journalist to cover the 11 September terrorist attacks which helped her to gain more popularity in her broadcasting career. Beside broadcasting, she is also an actress. She has starred in couple of movies like Wanted (2013), Go Big (2004) and Australia's Brainiest Kid (2004).

During 1997 she was in the highlight after she was victimized of an apparent stalker who twice pistol-whipped her. After that incidents she hired some private body-guard for her safety. Talking about her marital status she is a married woman. She is married to a banker. Till now the couple hasn't given birth to any children but is taking care of her step-daughter like her own. She is a regular user of Twitter and her fan can follow her in @Sandra_Sully to be more updated about her.

Professionally he is a banking executive. He is very sensible person. He has one daughter from his previous relationship.