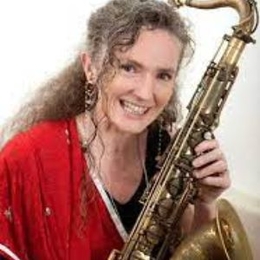 Sandy Evans is a saxophonist, educator, composer, and music researcher with a passion for improvisation and new music. She has played and written for essential groups since the early 1980s.

Sandy Evans is a happily married woman. According to Music Trust, she tied the knot with her long-term partner of many years, Tony Gorman. And, it seems like the duo met one another while working together on the set of musical programs. 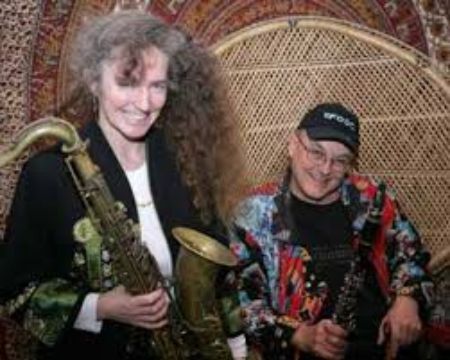 Like Sandy Evans, her husband Tony Gorman is also into the music industry. In August 2014, Gorman and Bobby Singh teamed up with Sandy Evans for a night of scintillating music at The Sound Lounge. Not to mention, Gorman's clarinet work has been described as 'dreamy and immaculate'.

Sandy Evans is currently teaching at the Sydney Conservatorium of Music and South Wales. Since the 1980s, Sandy has played with some of the most influentials and Australian Jazz musicians including Michael Sheridan in Great White Noise. Evans, then, formed a group, Women and Children First with Steve Elphick, Tony Buck, Jamie Fielding, and Indra Lesmana.

In addition, Sandy undertook tours in America, Australia, and Europe, by performing with Bulgarian folk-jazz fusion group MARA! Having been featured on over 40 albums, Evans is a member of The Catholics, MARA, Andrew Robson's Tallis project, Waratah, the Australian Art Orchestra, Ben Walsh's Orkestra of the Underground, and SNAP.

Evans received many commissions from leading Jazz, including the legendary Australian saxophonist, the late Bernie McGann. In addition, Sandy Evans also has a huge interest in Indian Classical Music.

Sandy Evans appeared in 'Beyond el Rocco' and 'Dr Jazz' which are Australian jazz documentaries. Sandy is also the recipient of the Young Australian Creative Fellowship which she warned in 1996. Further, Sandy won APRA Awards and 2 Mo Awards.

In the same vein, Evans was awarded the Order of Australia Medal in 2010, AIR Award for Best Independent Jazz CD in 2011, and Art Music Awards in 2013.

Sandy, who has also been a Vice Chancellor's Commendation for Academic Excellence in Macquarie University, also received Performance of the Year in 2014 with AAO and Sruthi Laya.

Keep coming back to Marriedwiki for more biographies and articles.

Sandy Evans is happily married to her husband Tony Gorman. They belong to same field and as been together for years,