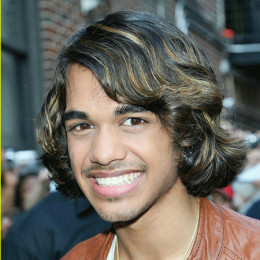 An American singer who finished in seventh place on American Idol's sixth season and also appeared on I'm a Celebrity.Get Me Out of Here! where he held fifth position. He is son to Jillian (Recchi) Blyth and Vasudeva Malakar. When he was just three years old hid parents got divorced. He was raised by his mother. He passed General Educational Development test so that he can leave high school and pursue his career in music. After he took part in American Idol he gained national attention. He has made guest appearances in many popular TV shows like The Tonight Show with Jay Leno, Access Hollywood, The Today Show, Good Morning America etc. Beside singing he has also established himself as successful writer. He has published Chicken Soup for the Soul book series. He was ranked in third position in "Top TV Moment" video searches by AOL which was held in 2007.

He is smart, witty, cool and funny guy. He is also good to girls and has many girl friends. He had many rumors regarding him to be gay which wasn’t true at all which he revealed in an interview where he stated that he is straight and he has a girlfriend who is studying in her high school. Though he confessed he had a girlfriend he didn't reveal her name. Maybe he want to keep it private to himself.