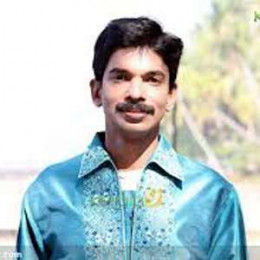 Santhosh Pandit is a Malayalam film actor, singer, director and internet personality. He is the state secretary of Kerala Rationalist Association & President of "Mooshikasena"- an association of atheists in Kerala. Santhosh is a self-defined superstar who drew an attention of Malayalam movie lovers by his first directorial debut “Krishnanum Radhyum.” He handled all technical and acting side of the film which was well appreciated.

Santhosh Pandit received the 2011 Ekalavya Karma Sreshta Award by Ekalavya Charitable Trust For handling eight departments of the film from direction to acting. After his parents died, he inherited three houses, one of which he sold to raise funds for his first film. Santhosh Pandit divorced his first wife Suja after 1 year of the wedding. He has a son from his first wife.

Santosh Pandit got married to Suja Pandit in 2013. Together they were the parents of one son. They divorced after his first movie got popularity.