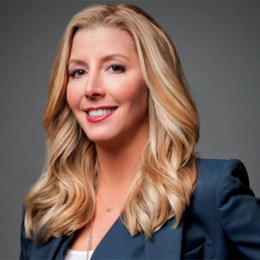 Sara Blakely is an entrepreneur and an influential woman. She is founder of Spanx which is based in Atlanta, Georgia. She was born to an artist and a trial attorney. She had aspired to be an attorney in her youth. However, she pursued business later. She stood up as a successful woman on her own. In 2014, she was ranked 93rd in the list of most powerful women in the world by Forbes. She also made to the Time magazine's list of 100 most influential person of the world.

Blakely is a happily married woman and is a good mother too. She grew up to becoming an entrepreneur collecting experiences in various firms prior to setting up her own company. Her net worth is calculated to exceed over $1 billion. She is still struggling to move ahead in her life. She has yet been able to maintain her personal life low and off the limelight. There are no rumors about her so far.

Jesse Itzler is a rapper and has a happy relationship with Blakely. They are living fulfilling life together and they both support each other a lot.