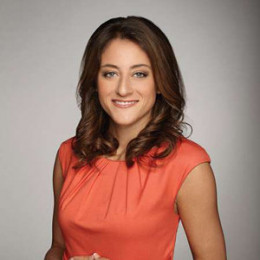 Pulitzer Prize winner, Sara Ganim is a CNN correspondent based in New York, covering a wide-range of stories and investigations on television and for CNN.com. Ganim holds a bachelor's degree in journalism from Penn State University. She is a 2015 fellow of the Journalist Law School program at Loyola Law school. Before joining CNN in the year 2012, Ganim worked at The Patriot News situated in Harrisburg. She is known for her story of the Penn State child sex abuse scandal that featured Jerry Sandusky and the Second Mile charity.

There is no any information about her love affairs, boyfriend, spouse and children. There is also no information either she is single or married or either in relation with someone. It seems like she keeps her private life more secret and focused on her career. Or may be she is busy in search of someone special who can be suitable for her life and the one who is most caring and supportive and respectful.