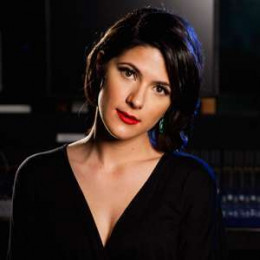 Sara Niemietz is an American singer, actress, and songwriter. She first appeared on stage when she was four years old. Sara graduated from Saugus high school and then went to Barbizon school of Acting and Modelling. Her professional stage work began at the Goodman Theatre. She had already worked in 76 performances on Broadway by the age of ten. Sara got in the professional career working in television roles, soundtrack productions, music videos, film roles and CDs.

Sara Niemietz worked as Young Helen in Hollywood Arms in 2002. She is a vocalist in the haunting soundtrack for ‘’The Exorcism of Emily Rose’’. In 2010, Sara was the guitarist in the television series "Glee’'. Her other works in TV shows include Providence, First Monday, and Gilmore Girls. Sara has not revealed anything about her personal life regarding her past or present relationships.