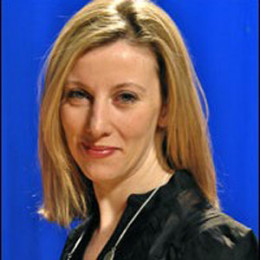 An English broadcast journalist and weather presenter, Sara Thornton is currently married to a former News reporter Jack Izzard. She studied for a post-graduate diploma in Broadcast Journalism, and then joined the BBC as a trainee news reporter. In 2002, she retrained as weather presenter on ITV Anglia. During this period, she made a test broadcast in which she swore, which was inadvertently broadcast by producers.

She is currently providing maternity weather cover for BBC Look East at their Norwich studio. Sara joined the weather team at BBC North East and Cumbria where she spent one year, same year, she joined BBC South. She is married to a former News reporter Jack Izzard. The pair met at Anglia Television in Norwich. They have tow children but she has not revealed their name in social sites.

She is married to a former News reporter Jack Izzard. The pair met at Anglia Television in Norwich.