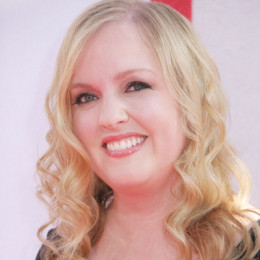 A beautiful, attractive and gorgeous American actress who is best known for playing small roles in Go On and Louie. She also have played in movies like The Campaign.She was born to John Twitty Baker and Mary. She studied at Robert E. Lee High School in Fairfax County, Virginia. She also attended James Madison University and graduated with a double major in Theater and English.

Sarah Baker was born on September 9, 1990, in Washington D.C., the United States to Johny Twitty Baker and Mary Baker. She attended Robert E. Lee High School in Springfield, Virginia. She is a graduate of James Madison University, with a double major in Theater and English.

After graduation, Baker moved to Atlanta, Georgia where she performed at Whole World Improv and later became a teacher there. Further, she shifted to Los Angeles where she worked more on her sketch and improvisational skills at the Groundlings.

Baker debuted in the big screen appearing as Dix in 2002 American romantic comedy film Sweet Home Alabama. Her breakthrough came in 2012 after she portrayed the character Mitzi Huggins in The Campaign alongside Will Farrell. In 2014, she appeared in The Good Lie and Tammy. In 2015, she played the character Maureen in Rock the Kasbah opposite star-studded cast including, Kate Hudson, Bill Murray, Bruce Willis and Zoey Deschanel among others.

In 2017, she played in two movies including The Last Word and Speech & Debate. In 2018, she played Gildred in Life of the Party and will appear as Maryanne Chelkowsky in A Simple Favor due to release on September 14, 2018.

Baker is also known for her roles in the TV series. She debuted in the small screen playing various characters in The Lance Krall Show. In 2008, she played the lead role of Emo Sarah in Free Radio.

She won a nomination for the Critics Choice Television Award for Best Guest Performer in a Comedy Series for her role Vanessa in Louie. Further, her performance was also listed by Entertainment Weekly in its 50 Best TV Scenes of 2014. Other than this she guest starred in many series such as A to Z, Brooklyn Nine-Nine, Bones, Bob's Burger, Ghosted and Young Sheldon among others.

As of 2018, she plays the character Mindy Kominsky in The Kominsky Method.

Sarah Baker has established herself as a renowned actor in the entertainment industry. Active in acting since 2002, Baker has accumulated an estimated six-figure net worth, however, the exact amount is not public. According to sources, an actor in the US on average earns a salary ranging from $45,181 to $66,942. But depending on the experience of the actor it can increase.

Baker appeared in many commercially hit movies including The Campaign which earned $104.9 million at the box office and Tammy making a collection of $100.5 million. Her upcoming project A Simple Favor in post-production which will add more to her income.

Talking about her marital status she is happily married. Since she is very confidential about her personal life she hasn't shared much about her personal matters. The married life of the couple is going quite well. She has not given birth to any children nor she has adopted. May be the couple are planning to have children soon. Couple picture can be found in some sites.

He was longtime boyfriend of her and no surprise they changed their relation into marriage. His pictures can be found along with her in different sites.