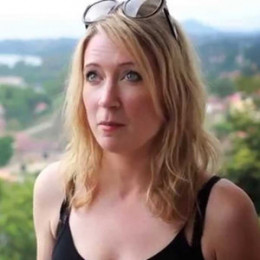 Space Journalist, Broadcaster and TV Presenter, Sarah Cruddas is the known for her voice of space on British TV and a passionate advocator for space exploration. She attended the South Hunsley School and as a student, has won the Young Scientist 2000 Awards and attended NASA's International Space Camp. She began her TV career as a Weather Presenter and Science Reporter with the BBC before working as a Science Correspondent for BBC North West Tonight and BBC News 24.

Sarah made a cameo appearance on Derren Brown: Apocalypse in 2012. She has also continued to work with the BBC as a reporter for the BBC News and Horizons Business on BBC World and has presented shows about space exploration on BBC Radio 4, BBC GNS and BBC World Service. Sarah Cruddas published her first children's space book in summer 2016. Her relationship status is still unknown.