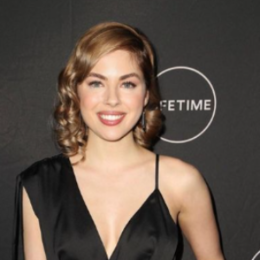 Sarah Dugdale is a Canadian model, actress, and television personality best known for landing the role of Lizzie in the Netflix hit series Virgin River. She played significant roles in Shadow of the Moon, The Age of Adulting, Supernatural, and Death of Cheerleader. Dugdale has been in the entertainment industry since 2010.

Does Sarah Dugdale Have a Husband? What About Her Boyfriend?

Sarah Dugdale has never been married. But she has been in a romantic relationship with Charlie Nesbitt for four years. The duo likely got to know one another after working as co-stars on the series Virgin River in 2019.

Sources claim that Dugdale started dating Nesbitt in 2019, but her love made Instagram in 2020. However, at present, the lovebirds share a home in Canada. 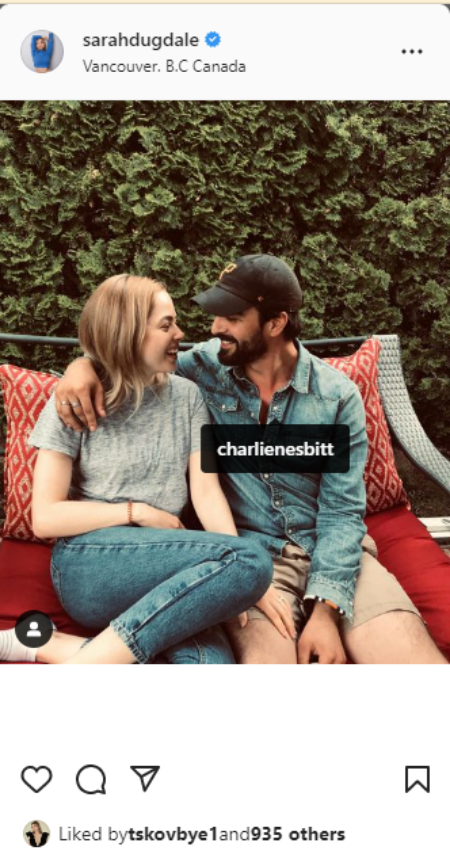 Dugdale flaunts her chemistry with boyfriend Charlie Nesbitt. SOURCE: Instagram
By profession, Charlie Nesbit is an actor, director, and motorcycle lover. Like Dugdale, her husband, hopeful, also has a passion for acting. And he belongs to the entertainment field, which might be the reason behind their long-term affair.

The Vancouver native has summoned an estimated net worth of $4 million as of 2022. As a successful actress, Sarah makes thousands of dollars for signing a movie, tv show. Besides, Dugdale also earns big chunks from ads, endorsements, and sponsorships. 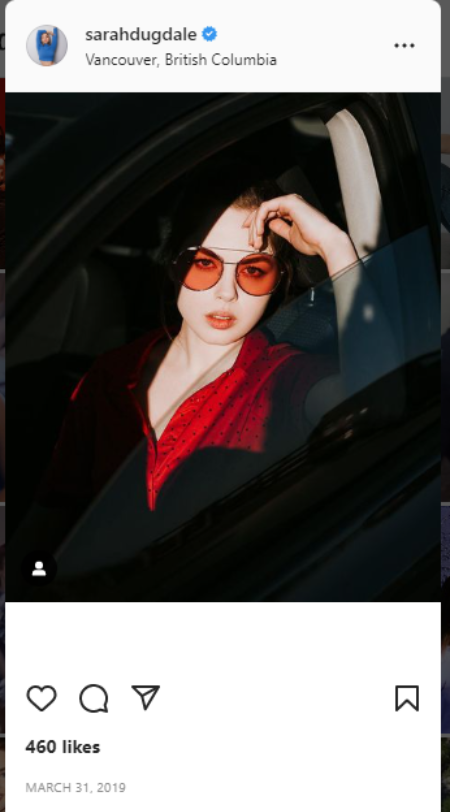 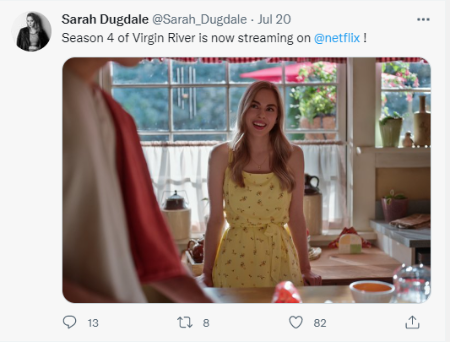 In 2019, Dugdale played the role of Amy in eighteen and twenty-seven episodes of the 2019 series "In the Shadow of the Moon." In the same year, the actress performed as Kelly Locke in the movie Death of a Cheerleader.

Dugdale started her acting career, making her debut in the television show Haunting Hour. She has worked in over twenty-four movies and series.

Sarah has been in various films, such as The Secret Circle and Sugar Babies. The Canadian beauty came to the limelight for playing the character of Lizzie in the Netflix hit series Virgin River Season two. Furthermore, Dugdale appeared in the movie The Hollow. In 2021, she worked on the film. There's Someone Inside Your House.

Dugdale is not related to the St Annes-born Sarah Dugdale, who won the quarter-finals of the long-running BBC TV show. The blonde beauty is famous for her participation in the MasterChef 2019 crown. At that time, she resided in Bourton-on-the Water in the Cotswolds and became one of the chefs to make it to Knockout Week on the BBC cooking show.

Check out the clip of the 2019 Masterchef  contestant Sarah Dugdale showing her cooking skill!

As one of the five chefs to make it in her heat, Sarah was one step closer to bringing home the coveted MasterChef title. At the time, Sarah had been living in Gloucestershire with her partner Robert for three years. Sources believe the county's rolling hills and quality produce brought her to MasterChef.

Sarah Dugdale was born in Vancouver, Canada, on June 21, 1995, to a large Catholic Christian family. Her parents are Krista Dugdale and Jonathan Dugdale. Her ethnicity is mixed, and she is bilingual, speaking fluently in English and French. 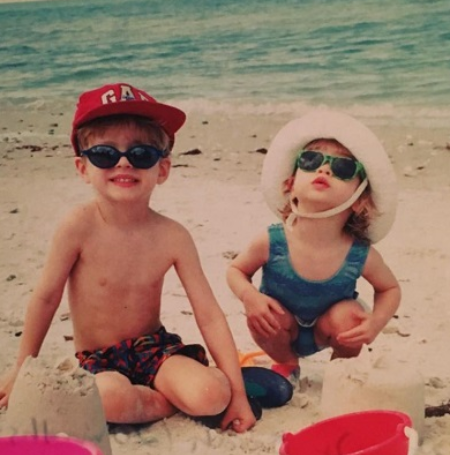 The 27-year-old had a keen interest in modeling and acting since childhood. Dugdale completed higher education at a reputed college. Sarah discovered her interest in cooking from her mother.

Mrs, Krista was a kind, wonderful, lovely person and a great cook. Likewise, Mr. Jonathan was a supportive, generous and hilarious dad. She has a sibling Zach Dugdale, who is openly gay.

Sarah's brother is openly gay and also a member of the LGBTQ community. Zach exchanged vows with his partner Mark Penfold in August 2020.

The Canadian model and actress have an appealing body structure measuring 32-33-33 inches. She is 5 feet 7 inches tall and weighs 55 kg.

Virgin River cast joined Twitter in July 2009 and has 3232 followers. The starlet shares her daily life activities, and movie clips on her social media handle. Unlike Miss Dugdale, Charlie Nisbett has embraced a mysterious life. He has managed to keep his Instagram account private.